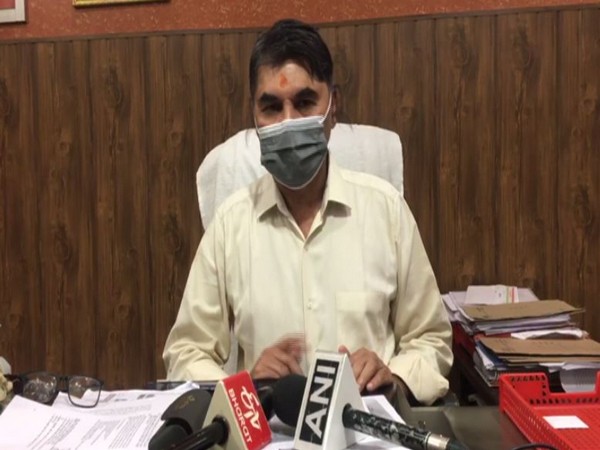 Ghaziabad (Uttar Pradesh) [India], October 27 (ANI): As many as 26 dengue cases were reported on Tuesday in Ghaziabad, taking the tally to 547 in October alone, said Chief Medical Officer (CMO) in Ghaziabad district.
According to the health authorities, of the 26 dengue patients, 18 are admitted to hospitals in the district.
Until now, the cumulative cases of dengue stand at 859 in the district.
According to the data shared by the district health department, there are 108 patients admitted to hospitals until now. Of these patients, 56 are in government hospitals while the remaining are in private hospitals, as per data available till Tuesday.
Dr Bhavtosh Shankhdhar, CMO, said, "Children should be fully dressed in order to protect themselves from dengue. Symptoms of dengue are found in children who go out to play without taking the required precautions. We are not advising that children should not go out to play but extra precaution is needed." (ANI)