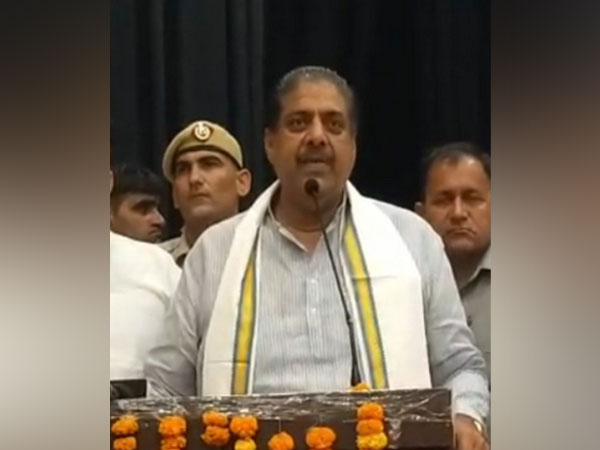 Chandigarh (Punjab) [India], October 15 (ANI): In a move aimed at strengthening the party's position at the national level, the Jannayak Janata Party (JJP) has written to the Election Commission to reserve its election symbol 'Key' in six other states, informed JJP National President Dr Ajay Singh Chautala on Friday.
Chautala said that in view of upcoming assembly elections in some states, the party has written to the election commission to reserve its symbol in Delhi, Punjab, Rajasthan, Gujarat, Uttar Pradesh and Uttarakhand. Alongwith this, the party has also requested for reserving the symbol in Chandigarh for local body elections.
Chautala said that in these states, the party fulfills all pre-requisites to reserve its symbol and hence the same should be allowed.
Chautala said that JJP's symbol is their 'key' to success. He said that in Haryana, JJP has reached at this stage of success due to the hardwork and struggle of its workers. He said that on the state level, JJP is a recognized party.
He further said that in merely 11 months, JJP attained recognition by Election Commission. Thereafter, the temporary symbol of key attributed to the party was made permanent. Dr Chautala said that in 2019, the party performed spectacularly and attained 10 seats with 16 per cent vote share and is now in the ruling party's alliance.
He said after a being successful party in Haryana, in 2020 they appointed state presidents in neighbouring states of Rajasthan, Gujarat, Uttar Pradesh and Uttarakhand and started party activities in these states.
Chautala also said that Deputy Chief Minister Dushyant Chautala is today earning praises by the youth of the country. Many Gujarat based young workers participated in the meeting of national and state officials of the party. He said therefore a request has been made to the election commission to reserve the party symbol in various states so that the party can contest elections on this seat. (ANI)